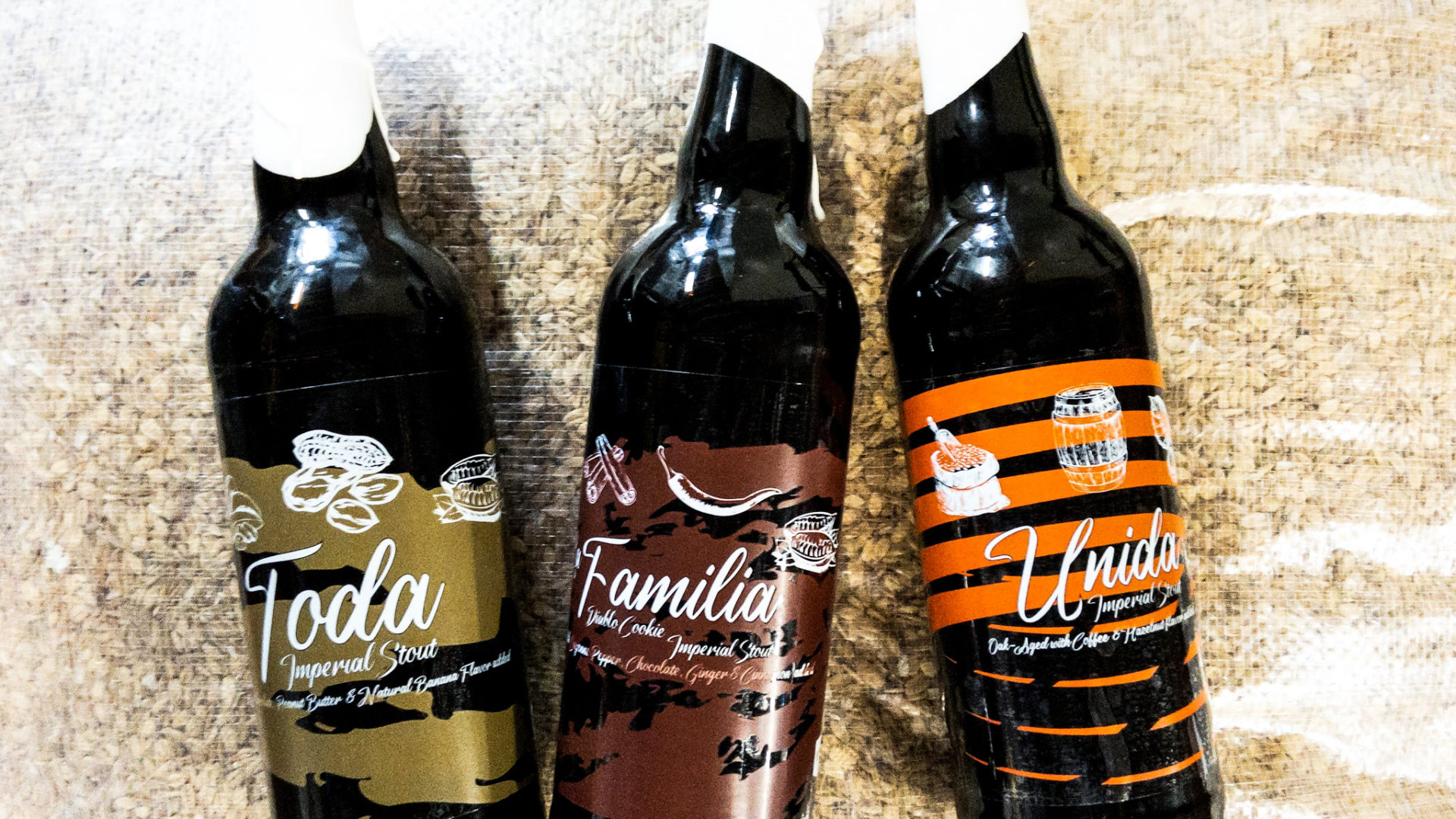 Family gatherings are a thing we just love doing. At the pool, playing dominoes, watching the game, or just hanging for the sake of hanging. And when we say family, we’re also including those friends that life has given us to consider hermanos y hermanas.

With this sentiment in mind, we thought that an Imperial Stout would be a good reason to share, sip, taste, and enjoy. Imperial Stouts are known for their richness, toasty flavor, and complexities. And as beer geeks, we wanted to brew something to bring to your beer club and say “What would Papazian think?”.

Toda, La Familia, Unida is a unity made out of three different takes on an Imperial Stout. You get the sweet, the spicy, and the oaky.

Toda is an Imperial Stout with Banana, Chocolate, and Peanut Butter.

Unida is an Oak Aged Imperial stout with Coffee and Hazelnut.