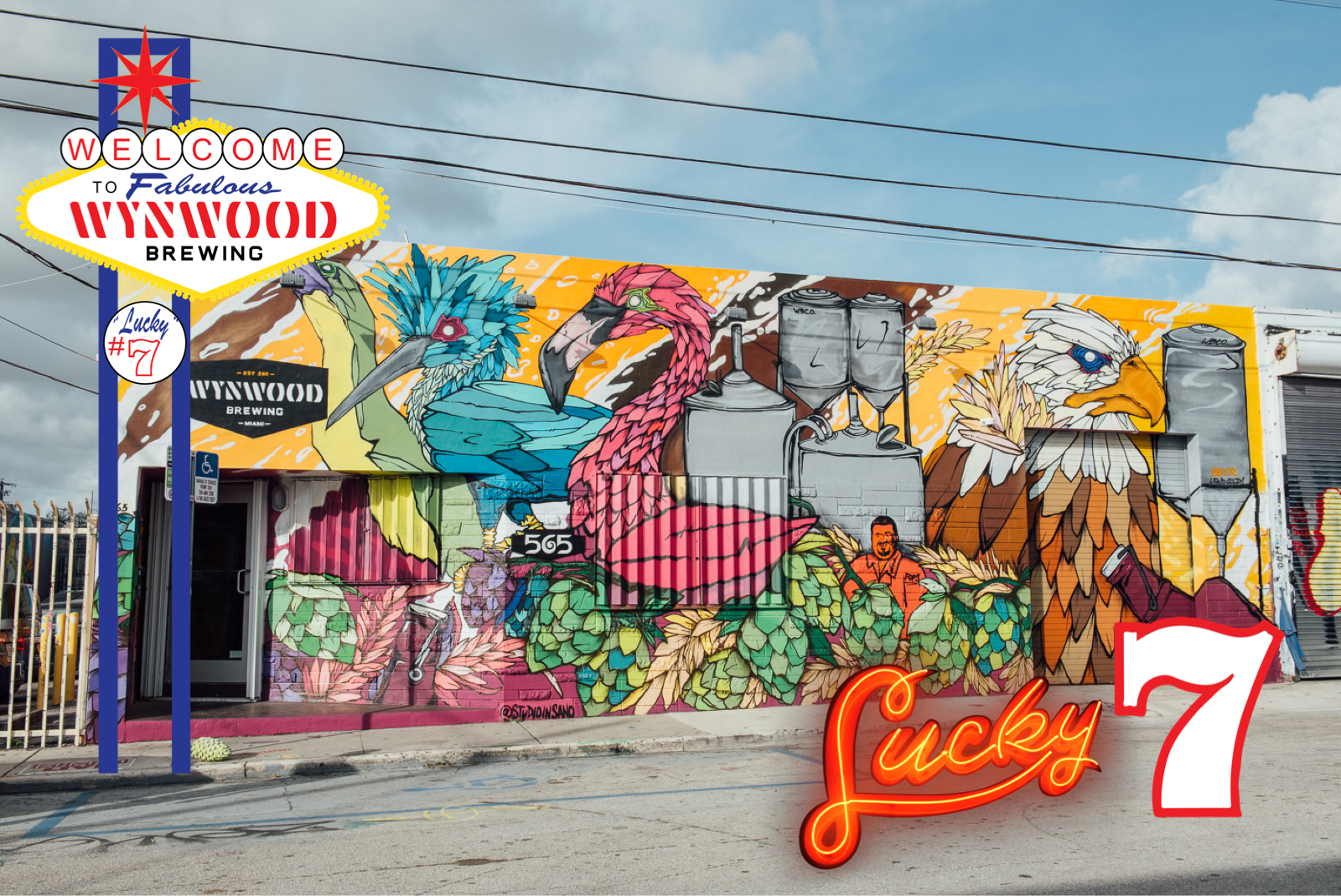 This has been an interesting year to say the least. Even with all of the stresses of 2020,we decided that it was still a good thing to celebrate our 7th year anniversary. Or as we call it, “Lucky” #7!.

For this year we will be releasing Toda Stout, the first Imperial Stout of a series, with banana, chocolate and peanut butter. We’re also making a limited amount of commemorative glasses to help showcase this beautifully dark and decadent   beer.  But that’s not all!, We are also releasing several treatments of your favorite Wynwood beers on the 15th of August. On this lucky Saturday, we will be extending our hour from noon to 8PM. Delivery won’t be available that day.

Leading up to the date and starting on Monday, August 10th, we’ll be placing scratch offs inside curbside pick-up and delivery orders for chances to win Wynwood goodies at the safe distance of home. Those of you who win will have the opportunity to claim your prize from the day of the anniversary, Saturday, August 15th until Wednesday, September 5th.

Friday, August 14th: One day of discounted Crowlers is not enough, so we’ll be doing two days to spread  the luck! Get your favorite Wynwood beers in our 32oz crowlers 50% off.